Treatment of Waldenstrom Macroglobulinemia | Medical Tourism with MediGlobus: The best treatment around the world

Waldenstrom’s macroglobulinemia is a rare form of lymphoma that occurs most often in older people. The disease is found in 3 people per million. If diagnosed in time, it has a good prognosis for treatment. Many patients live 14-16 years or more after diagnosis, provided therapy is started early.

Read about the symptoms, diagnosis, treatment and prognosis of Waldenstrom’s disease in our article.

Symptoms and signs of Waldenstrom’s Macroglobulinemia

Waldenstrom’s macroglobulinemia is a rare type of non-Hodgkin’s lymphoma, a malignant disease of the bone marrow. In this disease, so-called lymphoplasmacytic cells are produced instead of healthy white blood cells. These are unable to perform a protective function and eventually accumulate in the body, replacing the normal cells in the bone marrow. This causes a general weakening of the body and several symptoms associated with macroglobulinemia:

Bleeding from nose and gums;

Numbness in hands and feet;

Abnormal lymphoplasmacytic cells continue to try to produce antibodies, just like healthy white blood cells do. However, instead, they secrete an abnormal protein – immunoglobulin IgM. It causes some of the symptoms characteristic of Waldenstrom syndrome. Large amounts of IgM cause blood clotting and interfere with the flow of blood through small blood vessels. They can rupture, causing bleeding in the nose, gums or retina. The protein also has a damaging effect on neurons. 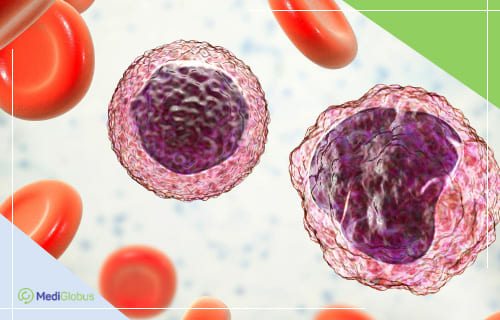 Other signs that occur in the later stages of Waldenstrom’s macroglobulinemia include:

Enlargement of the liver, spleen or lymph nodes due to an accumulation of lymphoplasmacytic cells;

Amyloidosis of the heart and kidneys causes systemic dysfunction and may cause other diseases to develop.

Waldenstrom’s macroglobulinemia is a slowly progressive disease. It can develop over several years without any symptoms.

Risk factors that increase the likelihood of developing the disease include:

Gender – males are twice as likely to have macroglobulinemia;

Heredity – having relatives who have had B-cell lymphomas.

What tests should be taken to diagnose Waldenstrom’s Macroglobulinemia?

Waldenstrom’s macroglobulinemia is rare in the population, so there are no standard diagnostic protocols as with other cancers. Usually, when a patient comes to a doctor with symptoms of the disease, he or she will be given a package of tests that can detect the presence of a malignant process. In many patients, macroglobulinemia is diagnosed accidentally during check-ups or examinations for other diseases.

To confirm the diagnosis, several tests are usually needed to pinpoint the cause of the ailment:

Asymptomatic Waldenstrom’s macroglobulinemia does not require immediate treatment. In this case, the patient is found to have an elevated IgM level in the blood without any accompanying symptoms. In this case, the person remains under the care of an oncologist and is re-tested every few months to monitor the condition. The primary stage of the disease can last for several years. Doctors do not recommend the use of chemotherapy to treat it, to avoid undesirable side effects from the drugs.

The treatment plan for Waldenstrom’s macroglobulinemia depends greatly on the condition of the patient. More than half of the people diagnosed with the disease are over the age of 70. They can only tolerate mild chemotherapy protocols. In addition, the rate of progression of the disease and the presence of comorbidities are taken into account. 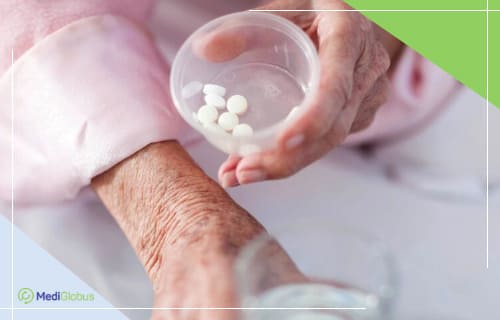 Chemotherapy acts as the main treatment for Waldenstrom’s macroglobulinemia. These drugs enter the bloodstream and reach almost all parts of the body, destroying the malignant cells. Treatment is carried out in cycles over several weeks, with breaks for the body to recover. As the drugs are prone to causing side effects, doctors usually prescribe accompanying medication to eliminate them.

These are drugs with a selective effect on malignant cells. They cause fewer side effects than chemotherapy and increase the effectiveness of the latter. Targeted therapy in combination with chemotherapy is considered the most effective treatment for Waldenstrom syndrome. This method is also used for relapses.

This is a group of drugs that use the patient’s immune system to destroy cancer, “training” it to recognise and resist pathologic cells. Several groups of drugs are used in the West to treat the disease: monoclonal antibodies, cytokines and immunomodulatory agents. Immunotherapy can be used alone or in combination with other drugs as an initial treatment or to treat relapsed Waldenstrom’s macroglobulinemia.

Bone marrow transplantation is a last resort treatment used in severe cases of Waldenstrom macroglobulinemia that are not susceptible to conventional oncotherapy. Given the risks, this procedure is only performed on young patients. In the vast majority of cases, autologous bone marrow transplantation is used, in which the patient’s tissue gets transplanted. During preparation, an aggressive course of chemotherapy is administered to destroy all disease-causing cells in the bone marrow. This is followed by the administration of pre-selected and prepared stem cells, which will restore the immune system. During the first 2-6 weeks the body has no protection against infections, so the patient has to stay in a sterile ward and undergo preventive therapy.

Plasmapheresis does not treat the cause of the disease, but it is prescribed to relieve the symptoms of most patients with Waldenstrom’s disease. The procedure is performed to lower the levels of IgM in the blood. A drip is injected into the patient’s vein, connected to a special machine. It ‘filters’ the patient’s blood, removing harmful proteins and leaving the necessary ones behind. The procedure takes several hours and does not require hospitalization. In cases where plasmapheresis will need to be carried out frequently, the patient may have a catheter inserted in the subclavian vein. In cases of severe macroglobulinaemia, transfusion of red blood cells and/or platelets may be necessary.

What is the prognosis for Waldenstrom’s macroglobulinemia? 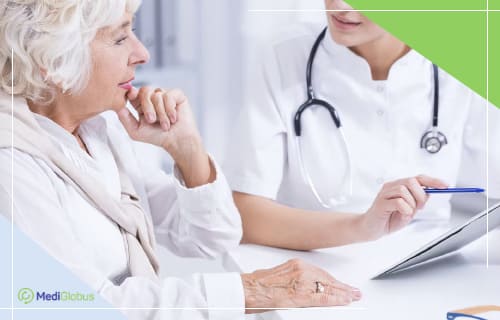 Unlike most cancers, Waldenstrom’s macroglobulinemia is not divided into stages. The degree to which the disease has spread through the body has little effect on the prognosis and treatment of the disease. Instead, the International Prognostic Scoring System for Waldenstrom macroglobulinemia (ISSWM) is used. It takes into account other factors based on which the disease is divided into three subtypes: low risk, medium risk and high risk. A more positive prognosis is seen under these conditions:

Patients under 65 years of age;

Depending on these indicators, the prognosis of patients with Waldenstrom’s macroglobulinemia is as follows:

Most patients treated for Waldenstrom’s macroglobulinemia according to modern protocols live 14-16 years after diagnosis. Given that more than half of patients are over 70 years old when the disease is detected, their life expectancy is not much different from the statistical average.

A non-hereditary mutation in the CXCR4 gene is found in 30-40% of patients with Waldenstrom macroglobulinemia. It is associated with a more difficult prognosis.

Leading clinics for the treatment of Waldenström syndrome 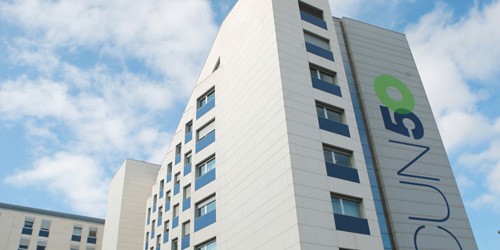 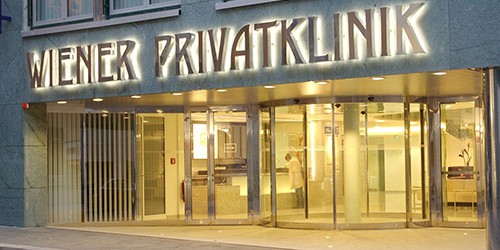 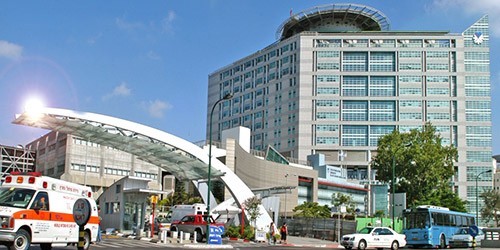 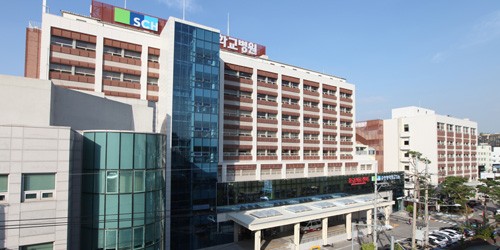 Waldenstrom’s macroglobulinemia is a type of non-Hodgkin’s lymphoma characterised by impaired B-lymphocyte production and elevated levels of IgM protein.

To confirm the diagnosis, in addition to a blood test, a bone marrow biopsy should be performed. The analysis should show that more than 10% of the organ has been replaced by abnormal lymphoplasmacytic cells. Imaging tests are also usually prescribed: CT, MRI, PET-CT.

The treatment plan for Waldenstrom’s macroglobulinemia depends on the severity of the patient’s symptoms, age and state of health. The main treatments are chemotherapy, targeted therapy and immunotherapy. The drugs are chosen individually, depending on the patient’s tolerance. Plasmapheresis and/or blood cell transfusions may be used to relieve symptoms.

Alternative therapies such as immunotherapy, particularly CAR-T therapy, are gaining popularity. It is most often used when conventional therapies have failed. BiTE is another promising immunotherapy option that is being tested.

The prognosis for the treatment of Waldenstrom’s disease is optimistic. Most patients are diagnosed with the disease at low risk, with a survival rate of 87%.

To book an appointment for treatment for Waldenstrom macroglobulinemia abroad, click on the button below and fill in the form. Our coordinators will call you back within 30 minutes. They will provide all necessary information and help with travel arrangements.

Make an appointment for cancer treatment 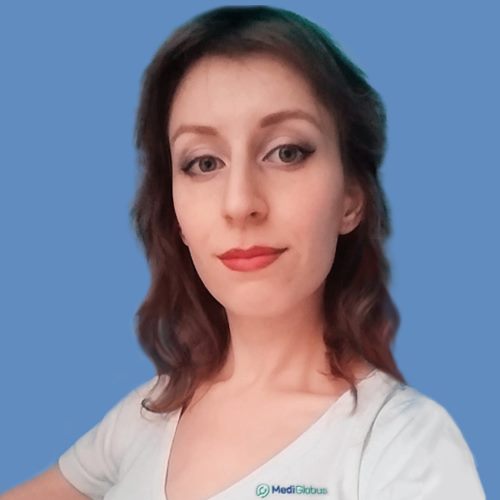 The Best Clinics in Spain for TCM

How much does lymphoma treatment cost and where to undergo it?