Top 5 European Orthopedists | Medical Tourism with MediGlobus: The best treatment around the world

The leading independent publications and associations of the European Union have been ranking the best doctors practicing in European medical centers for many years. MediGlobus experts have vast experience in communicating with doctors and constantly monitoring the achievements of top specialists.

We take into account not only the personal qualities of specialists, clinical experience, the number of interventions performed and the percentage of their success. The main criteria for us is the feedback from real patients who have been treated by a particular specialist, recommendations from other doctors, publications in international journals and active membership in professional communities. Based on these points, we have identified the 5 best orthopedists in Europe.

Head of the Orthopedic Department at the Motol University Hospital (Prague, Czech Republic) 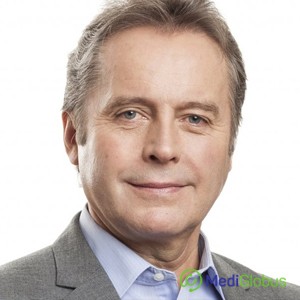 Motol Medical Center has the status of a university hospital. It is the largest multi-specialty state hospital in the Czech Republic, with a total staff of over 5,000, among them the head of the orthopedic department, Professor Tomáš Trč. Doctor received the degree of professor in 1995, after which he became the head of the department. Engaged in active research and teaching activities. The general experience of a specialist in the field of orthopedics is more than 30 years.

During his medical practice, doctor has published over 110 scientific articles in respectable medical journals of Switzerland, Germany, the Czech Republic, the United Kingdom, the United States and Venezuela. He conducted over 300 lectures at scientific and practical symposia in the EU, North America and Asia, and also received 5 international research grants for his contribution to the development of orthopedics.

Tomáš Trč is recognized as one of the best EU doctors. His special area of interest is prosthetics of large and small joints (total endoprosthetics), corrective surgery (osteotomy), oncology and orthopedic surgery with prosthetic bone tissue. Doctor usually takes no more than 45 minutes to perform a knee joint replacement. All operations are performed on the principle of minimally traumatizing the patient’s tissues.

Cost of a knee arthroplasty with a professor will cost approximately € 12,800, including the cost of all medical consumables (including prosthesis), hospitalization and services (transfers, translators). Cost of hip arthroplasty is about € 10,500 for a full package. Surgical intervention for bone tumors with bone grafting can cost around € 25,000.

Head of the Orthopedics and Traumatology Department at the Kardiolita Medical Center (Vilnius, Lithuania) 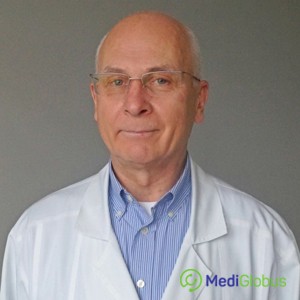 Leading orthopedic and traumatologist of Lithuania. He is a member of the Research Institute of Orthopedics and Traumatology.

In 2004 he became the head of the department of orthopedics on the basis of the Vilnius Emergency Medical Aid Hospital and is currently in this position.

He is also a member of the Presidium of the European Federation of Orthopedists – the leading organization of Europe in this area.

Professor Naranas Parvanjackas regularly attends international congresses, and has repeatedly undergone advanced trainings in the United States and the Netherlands.

Doctor is a recognized expert of the Baltic States in the field of knee and hip joint endoprosthetics, shoulder surgery, arthroplasty. General clinical experience of the doctor is more than 35 years.

Cost of surgical treatment at Professor Parvanjackas at the Kardiolita Medical Center:

In addition, Dr. Meinhard Balensiefen was a leading specialist in orthopedics and traumatology of the German hockey team. Doctor was repeatedly invited as a consulting specialist to German clinics such as Schwabing and Grafing-Munich. In addition to adult orthopedics, the specialist also advises on the treatment of children.

Head of the Orthopedics Department of the KCM Clinic (Jelenia Góra, Poland).

An expert in the field of “orthopedics”, a recognized expert in Poland and the EU. He took medical training at the University of Wroclaw and the Royal Academy of Surgeons in England. Further training within his specialization took place in clinics of Hungary, Germany, Italy and the United States.

For a long time, doctor worked as an orthopedist at the William Harvey Hospital in the UK, and was a visiting expert for joint replacements at Indianapolis Medical Centers (USA). Currently, the doctor is a certified consultant to one of the well-known manufacturers of prosthetic joints – Zimmer-Biomet Co.

More than 4,800 successful joint endoprosthetics of various degrees of complexity (mainly knee and hip joints) are on the CV of Christophe Cherkasov. He is an honorary member of the Polish Society of Orthopedic Surgeons. 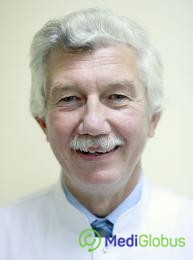 Director of the Orthopedic and Traumatology Clinic of the Rechts der Isar Hospital (Munich, Germany) 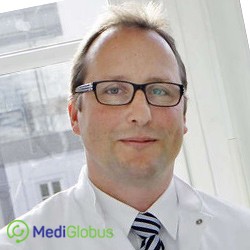 Professor studied medicine at the University of Ludwig-Maximilian in Munich. He is an active participant in German as well as international professional associations and communities.

He was repeatedly awarded with grants from the Society of Orthopedics and Traumatology of Germany, as well as the German Society for Surgery of the Shoulder and Elbow for merits in the development of orthopedics.

He specializes in sports surgery, joint endoprosthetics, regenerative medicine in orthopedics, and endoscopic surgical interventions. General clinical experience in orthopedics and traumatology is more than 20 years.

Results of his research activities are regularly published by the doctor in leading international medical journals. At the moment, more than 88 scientific publications belong to the authorship of professor.

He regularly undergoes trainings at leading medical centers in the USA, Canada and the UK. Currently, the professor is in charge of an orthopedic clinic at the University Medical Center Rechts der Isar, and is also the Medical Director at the Technical University of Munich.

Examples of prices for orthopedic surgery in the KCM hospital. 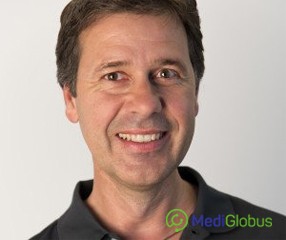 Dr. Meinhard Balensiefen is one of the best orthopedists specializing in sports medicine, hand and foot surgery, and joint replacement.

He defended his doctoral thesis in 1995 in New Zealand (Queen Victoria University). For a long time he practiced at the Rechts der Isar Medical Center.

In addition, Dr. Meinhard Balensiefen was a leading specialist in orthopedics and traumatology of the German hockey team.

Doctor was repeatedly invited as a consulting specialist to German clinics such as Schwabing and Grafing-Munich. In addition to adult orthopedics, the specialist also advises on the treatment of children. 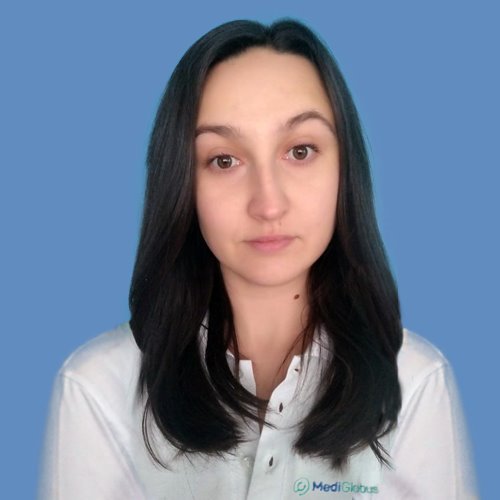 Nina Vorobei
Editor
Has been writing medical texts for over 2 years. Experience in copywriting exceeds 6 years. She has an education in the direction of “Social and Legal Protection”. Mastered the program of medical courses. She is studying communication techniques for negotiating with patients. In her free time attends trainings and seminars on medical psychology.

The cost of surgery for the treatment of pectus excavatum

How much does knee replacement and recovery cost abroad?