Zeeshan Zaman (M.D)
Medical doctor & expert keeping a close eye on the developments in foreign medicine for the last 5 years. Traveling to experience other cultures, learn languages and get inspired. Speaks more than 5 languages.

Melanoma is only 1% of all skin cancers, but the percentage of deaths from it is the highest. According to the WHO, more than 130,000 new cases of melanoma are registered each year in the world, and every hour it takes one life. More young women die from this disease than from breast cancer. The worst thing is that melanoma is gaining momentum: since 1930, the number of its cases in the world has increased by 2000%, and in the post-Soviet countries in just 10 years – increased by 50%. So where the melanoma should be treated, if not at home? And how much can treatment for this type of skin cancer cost?

Where does melanoma has such terrible statistics?

How much does the treatment of melanoma cost?

Which country to choose for the treatment of melanoma?

Where does melanoma has such terrible statistics?

Melanoma is an oncological disease caused by the degeneration of melanocyte cells into cancer cells. This process usually begins in moles. In this case, the tumor grows deeper into the skin and when it reaches the bloodstream, it begins to spread throughout the body. That’s why melanoma quickly metastasizes, which complicates its treatment. Hence the terrible statistics: melanoma is difficult to detect, with the disease developing and moving to later stages much faster than others. In addition to the skin, it can form on the mucous membranes or the retina of the eye. Treatment of melanoma in the last stages is one of the challenges of modern medicine.

How much does the treatment of melanoma cost?

As in the situation with any cancer, it is very difficult to name a specific cost of treatment. After all, each case is separate, and accordingly there are differences in figures. What factors can affect cost? Let’s look at the few factors.

First, the treatment of melanoma depends on its type, the level of invasion (growth), its thickness and the degree of spread. To determine this, first of all you need to conduct qualitative diagnostics: as a rule, this is dermatoscopy (examination by a specialist with the help of a dermatoscope), a biopsy (examination of a tumor sample), a blood test for oncomarkers. If there is a suspicion of metastasis, a sentinel lymph node biopsy, PET-CT is performed. In any case, the list of necessary diagnostic procedures will be separately planned and the cost will differ accordingly.

Secondly, according to the diagnostic results, a treatment program is selected that can contain various therapies and their combinations, which will determine the price. And the most important factor is the choice of the country. Even in countries with an equally good level of medicine, prices are significantly different.

Diagnosis of melanoma in Germany (For example in the University Hospital of Düsseldorf and the Asklepios clinic):

Diagnosis of melanoma in Israel (For example in Assuta Clinic):

Diagnosis of melanoma in Turkey (For example in clinics Anadolu and Medical Park):

Diagnosis of melanoma in Korea (For example in clinics Severance, Quims):

Consultation with the top specialist – from $ 60;

Treatment of melanoma in Germany (For example in the University Hospital of Düsseldorf and clinic Asklepios):

Mohs surgery (used for melanoma at the precancerous stage, the tissues of the overgrowth are removed layer by layer) – 8000-14 000 €;

Treatment of melanoma in Israel (For example in clinics Assuta and Sourasky):

Treatment of melanoma in Turkey (For example in clinics Anadolu and Medical Park):

Treatment of melanoma in Korea (For example in clinics Severance, Quims):

Which country to choose for the treatment of melanoma?

Two leaders in melanoma therapy are Israel and Germany. These are countries where high-tech equipment is available, advanced methods of treatment and, most importantly experienced world’s class oncodermatologists. In Israel, for example, with the early diagnosis of melanoma, the percentage of treatment success and the fact that the patient can live without fear of relapse for the next ten years has reached 95-98%. In post-Soviet countries, in turn, even with timely diagnosis, the percentage of five-year survival rate remains at 65%. Moreover, Israel has one of the best melanoma centers in the world – Melanoma Unit (part of the Assuta clinic). The melanoma unit is known throughout the world as a leading clinic in oncodermatology. There world renown specialists in oncological diseases, such as Professor Gutman and Professor Jacob Shekhter are practicing. In the Melanoma Unit modern microscopes are available that allow you to study the tumor directly during surgery and remove it layer by layer (Mohs operation). And modern CT scan, PET-CT, MRI devices help to determine the presence of metastases. They also use a unique and the most effective at the moment the digital dermatoscopy (not present anywhere else in Israel) system FotoFinder bodystudio for the early diagnosis of skin cancer. Another undeniable advantage of melanoma therapy in Israel is the opportunity to participate in experimental therapy. Top-clinics in this country conduct clinical testing of innovative drugs. For many patients in advanced stages this is the only chance to be cured. For example, Professor Ilan Gil Ron (Sourasky clinic) is taking patients for experimental therapy if there is metastasis in all organs and no other means to cure.

In terms of efficiency, Germany is also keeping pace with Israel. The probability of recovering at an early stage in the best clinics of the country is approximately 97%. However, if you compare with Israel, prices in Germany are much higher. The diagnostic package in a good clinic costs from 15000 €. Despite this, Germany has its huge plus – which are it’s university hospitals. Hospitals of academic type cooperate with research institutes and universities, where the future of medicine is currently emerging. That’s why Germany is the best choice for patients who can not be helped in other countries.

The greatest experience in the diagnosis and treatment of melanoma is in those countries where residents are exposed to strong ultraviolet radiation throughout the year. In addition to Israel, Turkey deserves attention. This is a unique country where treatment is available according to American JCI standards. Moreover, for example, the clinic of Anadolu, in addition to being accredited by JCI and ESMO, is an affiliate partner of the best medical center in the world, John Hopkins (USA). At the same time, prices in Turkey are not at all on the level of U.S or Israel.

Many believe that there is no high-quality and inexpensive medicine. However, all these stereotypes are rejected by Korea. Treatment of melanoma in South Korea is an ideal option for those who do not have the opportunity to go to treatment in relatively expensive countries. Only here you can get consultation from a leading medical center professor not for $ 1600, but for $ 60. Some of the best clinics in South Korea are located in Seoul: Samsung, Severance, Quims. All these medical institutions cooperate with American centers, for example the Anderson Cancer Center in Texas, Korean specialists improve their knowledge with scientific centers, such as the University of California, Los Angeles.

To get detailed information about prices and choose a country specifically in your case, leave a request on the site.

Get a free quote

Zeeshan Zaman (M.D)
Medical doctor & expert keeping a close eye on the developments in foreign medicine for the last 5 years. Traveling to experience other cultures, learn languages and get inspired. Speaks more than 5 languages. 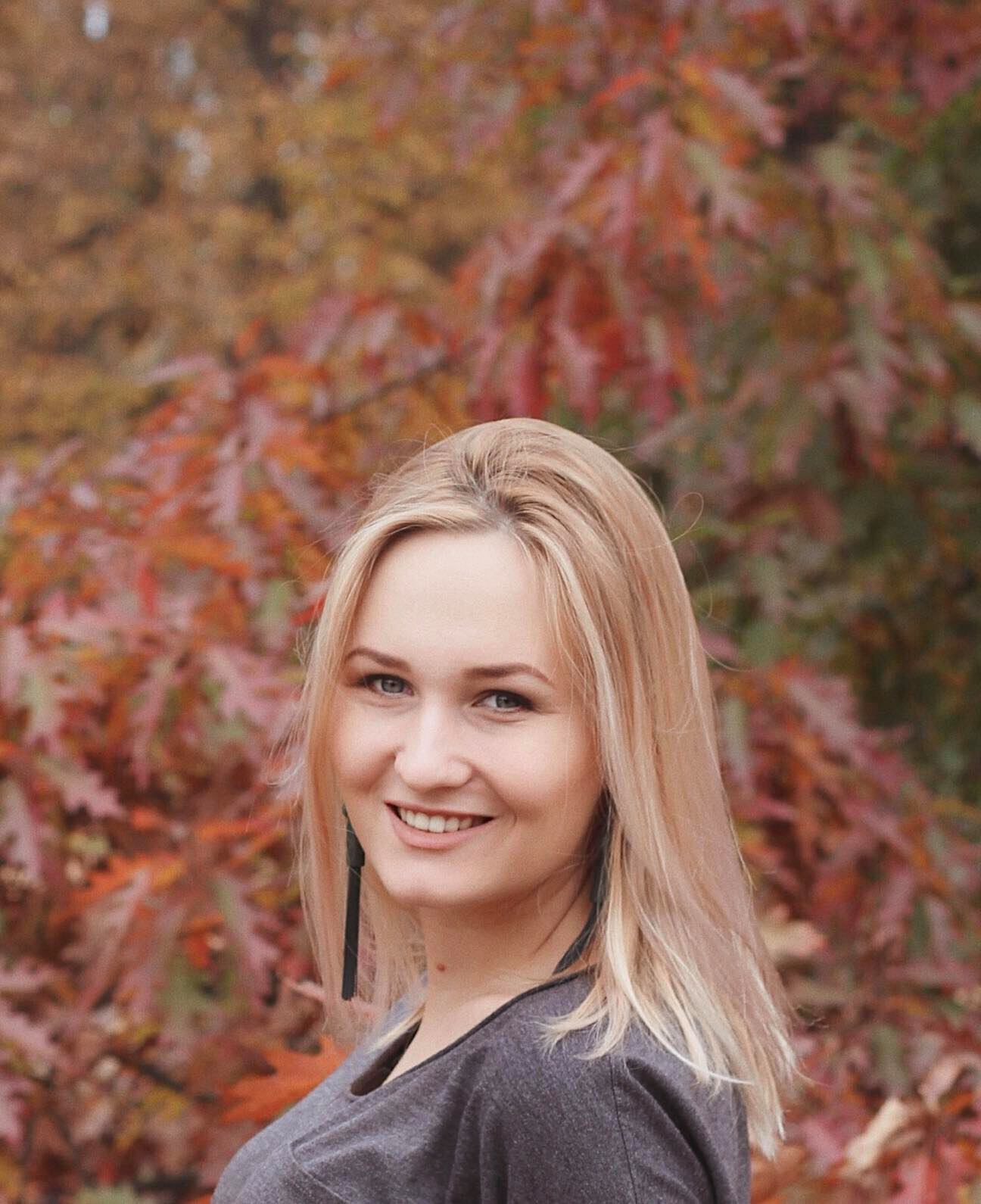 Anastasia Gerasko
Author
Digital communications manager. Completed her master's degree in advertising and PR. Has more than 5 years experience in marketing and communications out of which 3 years in the field of global medicine. Writes articles for company’s blog and international media. Enjoys traveling and taking photos.

Treatment of Ewing's Sarcoma in Children

We use cookies to improve the functioning of the Website. By using this site, you agree to the Cookies Policy. More about cookiesAgree
Successful
This email already registered, please resend form
Successful
Something wrong