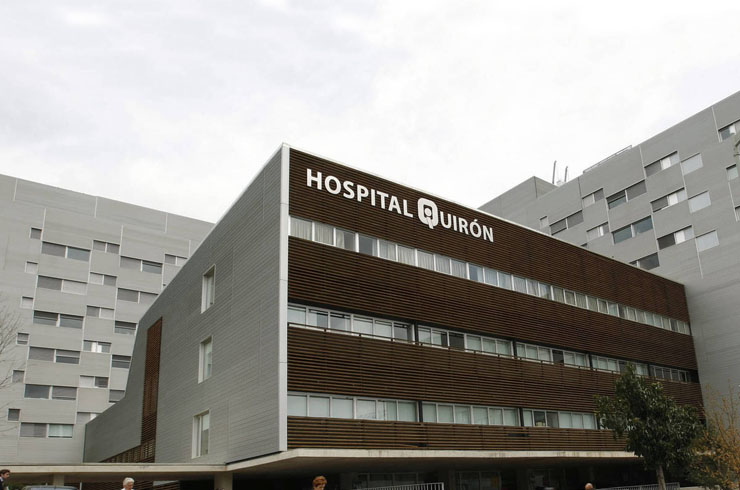 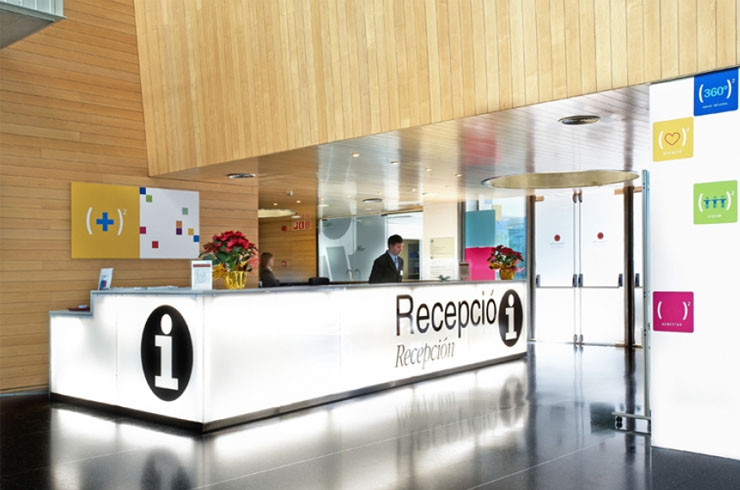 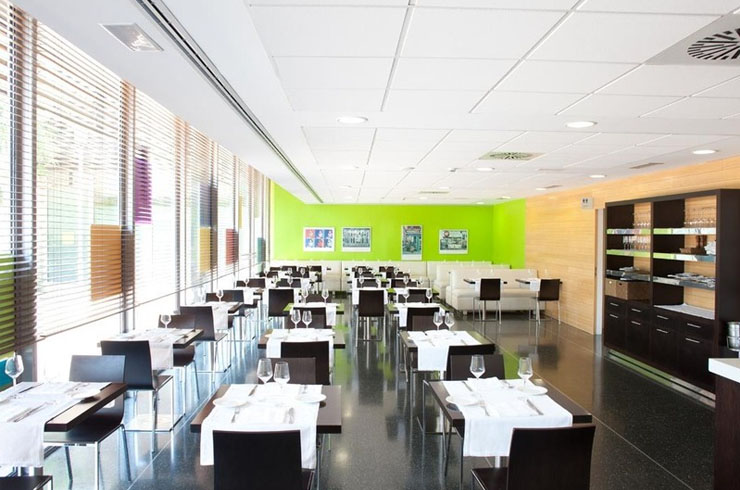 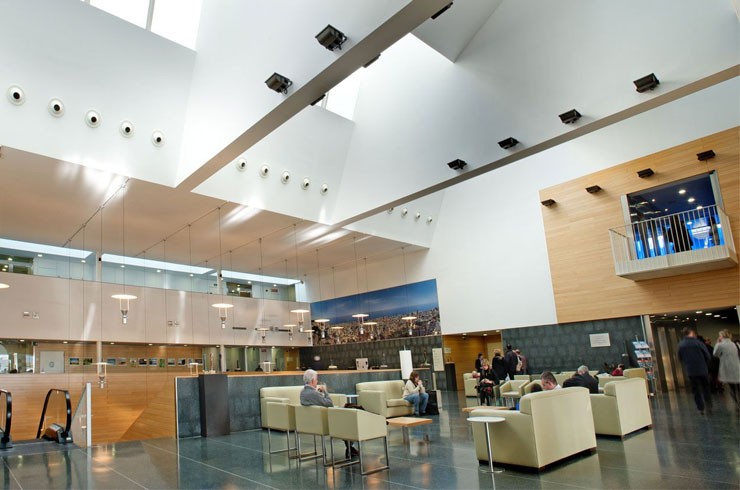 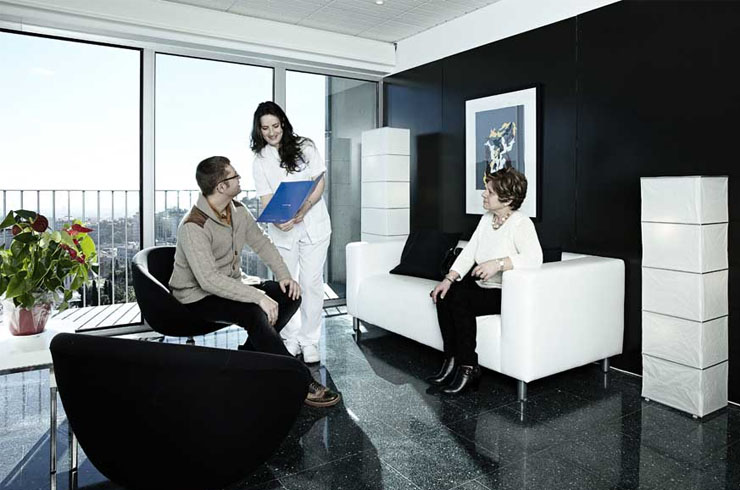 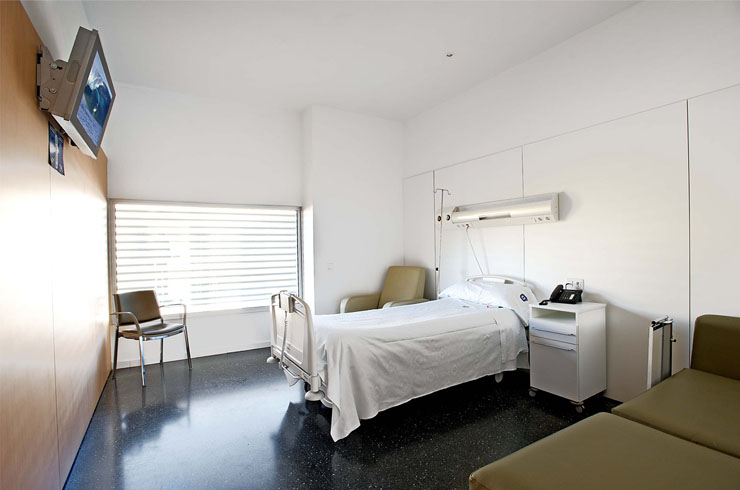 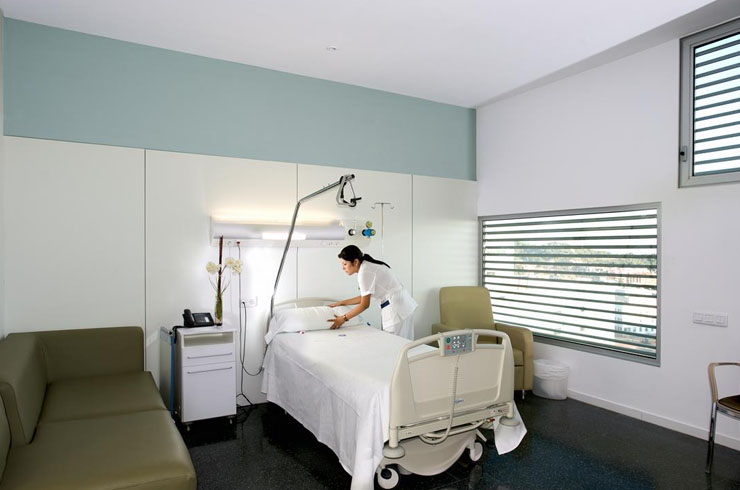 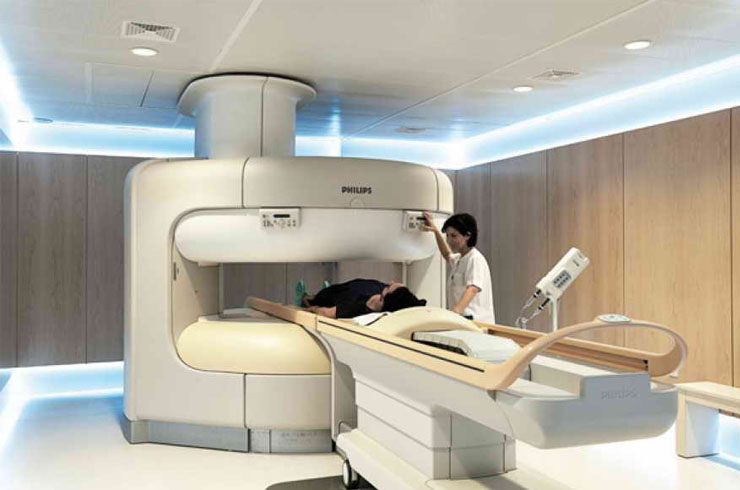 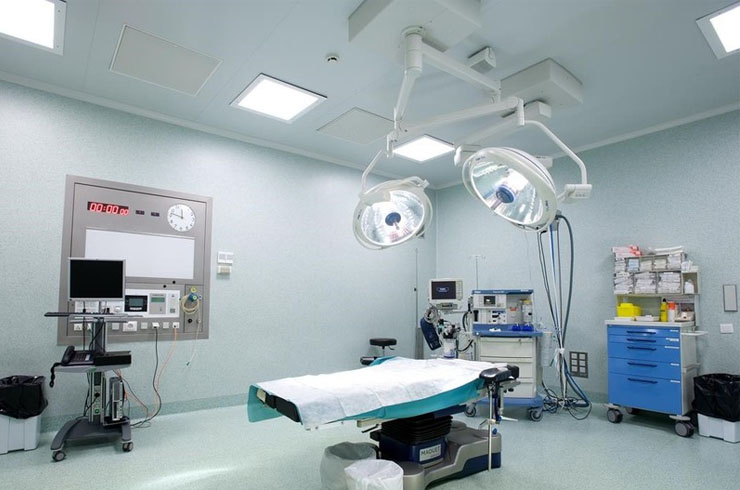 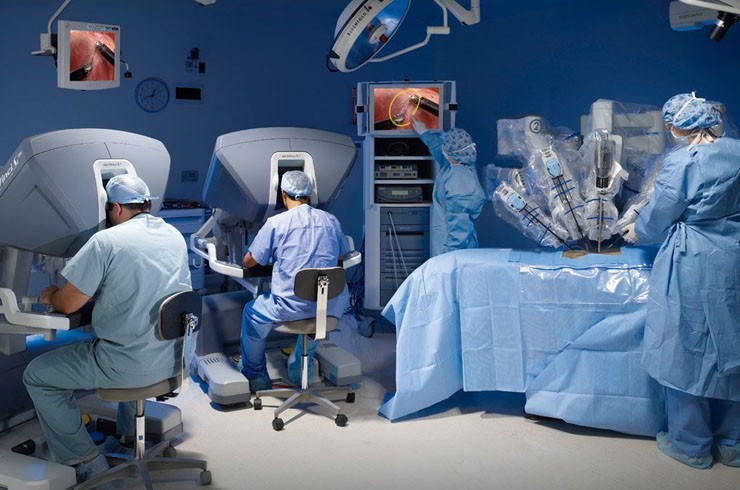 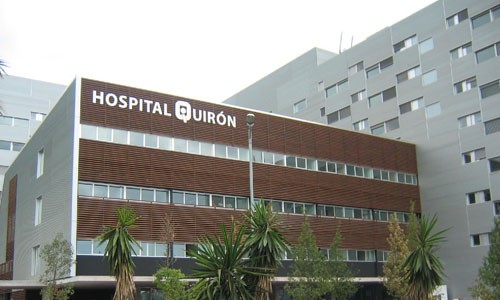 For more than twenty-five years it has been providing high-quality services not only to citizens of Spain, but also to foreign patients. It employs about 1,200 medical staff, of which more than 300 are doctors.

The leading areas of the clinic are: heart surgery, neurosurgery, robotic surgery, reproductology, obstetrics and gynecology. Over 21,000 surgeries and 3,000 deliveries are carried out in Quironsalud Hospital Group each year.

Barcelona Quironsalud Hospital is the worldwide recognized model of private medicine in Southern Europe. It successfully passed the accreditation of the Joint Commission International and received an international certificate that confirms the impeccable quality of services provided and the safety of treatment in this hospital.

Prof. Dr. Antonio de Lacy Fortuny is the leading abdominal surgeon not only in Spain, but abroad as well;

Dr. José Baselga is the founder of the Barcelona Quironsalud Cancer Center and the leading European surgeon.

Barcelona Quironsalud Hospital is equipped with the latest generation of medical equipment, providing them the opportunity of diagnostics and treatment on a very high level. The hospital owns:

There are 145 medical offices, 23 operating rooms, 3 halls for endoscopy, 13 boxes of the intensive care unit for adults and 11 boxes for newborns, as well as 4 rooms, urodynamics room, laboratory of assisted reproductology, clinical neurophysiology laboratory, pathological laboratory and a blood bank.

The patients of Quironsalud Hospital Group are provided with 208 rooms, of which 165 are standard, 39 are suites and 4 are royal suites.

Each patient room has a call button for medical staff, the Internet, a TV, a bathroom, a toilet, a functional bed and additional furniture.

Services iclude accommodation to accompanying persons to stay with the patient or at the hotel.

Hospital has a dining room, which serves Spanish and vegetarian cuisine, as well as diet and halal food.

It is also important to mention that Quirón’s hospital staff speaks Spanish, English, French, Arabic and German. If necessary, translation services are provided.

Barcelona Quironsalud Hospital has an International Department, whose employees organize a meeting and transfer from / to the airport, leisure and help to solve some issues concerning the organization of foreign patients treatment. 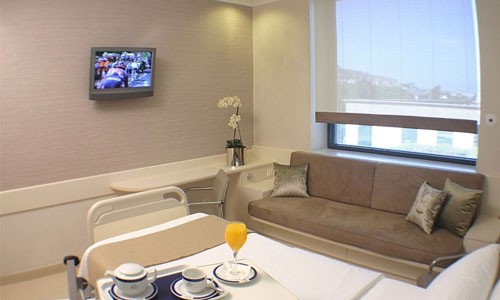 TREATMENT OF CANCER IN THE Barcelona Quironsalud Hospital 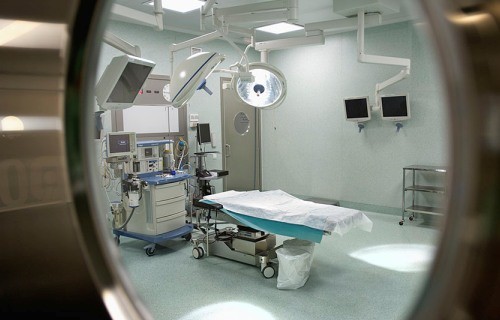 An Oncological Institute was opened in 1995 on the basis of the Spanish Quironsalud Hospital Group for the treatment of cancer patients. Baselga, which operates in accordance with internationally recognized programs of the Catalan Institute of Oncology.

It should be noted that these programs are based on the use of the latest developments in the field of oncopathology control, as well as the use of advanced methods of diagnosis and treatment of cancer of any stage.

Removal of tumors is usually carried out in a minimally invasive way, which reduces the risks of postoperative complications and speed up the patient's recovery period. For these purposes, doctors in Quironsalud Hospital Group use the Da Vinci robotic system providing a highly accurate surgical interventions without much harm to the patient.

In addition to the operative method of cancer treatment, the Barcelona Quironsalud Hospital uses radiation therapy, immunotherapy, chemotherapy and treatment with the help of targeted drugs. It is important to know that about 60% of cancer patients are treated through radiotherapy, and in particular:

Intensity-modulated radiation therapy IMRT, used for the treatment of cancer of the prostate gland, brain, neck and breast. It is based on the use of a linear accelerator that destroys cancer cells and does not harm healthy tissue;

Radiation therapy under the visual control of IGRT, used to treat tumors located in the mobile organs and systems of the body (lungs, liver, prostate);

Brachytherapy - contact radiation therapy with the help of radioactive iodine, which deliberately destroys cancer cells and does not damage adjacent tissues. It is used to treat tumors of the breast, esophagus, prostate, rectum and uterus.

Special support team operates in clinic Quironsalud Hospital Groupfor cancer patients, which provides psychological support to patients and their relatives. Specialists of the Baselga Oncological Institute closely cooperates with the Center for the Treatment and Prevention of Oncological Diseases in New York, which makes it possible to effectively develop and apply new cancer therapy technologies.

The Cardiac Surgery Department of Barcelona Quironsalud Hospital includes such units as Cardiology, Cardiac Rehabilitation, Intensive Therapy and Vascular Surgery. It treats circulatory disorders of the myocardium, heart valve disease, atherosclerosis, congenital heart defects and other diseases of the cardiovascular system. In the cardiac surgery department, modern methods of treating diseases of the heart and vascular system are used. These include:

Coronary artery bypass surgery without using the heart-lungs apparatus (the shunt is placed on the working heart: it stabilizes only a small part of the organ);

Correction or replacement of heart valves according to the TAVI method (minimally invasive operation implying valve replacement through the puncture of the femoral artery without stopping the heart; This intervention is performed under X-ray control).

The clinic Quirón has the latest generation Da Vinci assistant robot at its disposal. This robotic system can perform ultra-precise surgical interventions with the simultaneous use of various surgical instruments. The main advantages of the da Vinci robot are:

The shortest period of hospitalization of the patient relative to other surgical methods;

High precision of the surgeon’s actions and minimal risks of complications;

Rapid recovery of the body.

In Quirón, Da Vinci is used to treat prostate cancer, pathologies of the genitourinary system, breast cancer and heart disease.

DEPARTMENT OF NEUROSURGERY at the Barcelona Quironsalud Hospital

In the neurosurgical department of Quirón Barcelona hospital, treatment of the functional disorders of the spinal cord, diseases of the nervous system and the brain are performed.

They also use robotic surgery, which help them achieve high quality results in the treatment of neoplasms of the brain, spine and other pathologies of the nervous system.

Thanks to the special equipment - endoscopes and neuronavigation, such surgical interventions can be done even in the most hard-to-reach areas of the brain. It does not affect the vital structures of the brain, which makes it possible to avoid serious complications. 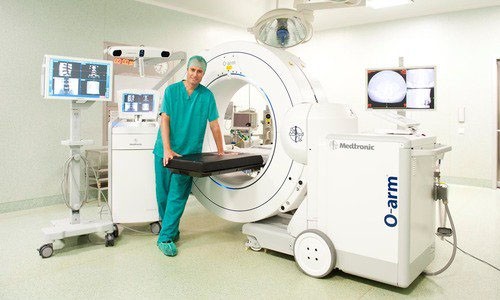 The accuracy of such interventions is much higher than with open brain operations, and the invasiveness from the procedure is much lower.

HOW MUCH DOES TREATMENT COST IN Barcelona Quironsalud Hospital?

The price of medical services in the Barcelona Quironsalud Hospital is 40% lower than in similar, in terms of service, medical centers in the United States of America. For example:

The patient was treated
I have been battling aggressive cancer since may. I am very grateful to this hospital’s team, because they have literally saved my life. People from oncology and radiology are fantastic. Recently I was operated by Dr. Luengas. I just want t... Read moreo express my gratitude to everybody involved, starting from doctors who wake you up every day, to nurses who take care of you every minute you are there.Close
Barcelona, Spain, December 19, 2019
Alex
Patient Verified

The patient was treated
10/10. Great care, especially the department of gynecology and obstetrics, and ophthalmology. Had this new LASIK surgery, never heard of it before, very modern. Thank you.
Barcelona, Spain, September 16, 2019
Jacques Hall
39
Patient Verified

The patient was treated
I was here with my brother for his knee replacement procedure last year and were pleasantly surprised by the professionalism of the medical staff. I highly recommend this clinic!
Barcelona, Spain, April 13, 2019
Certificates: 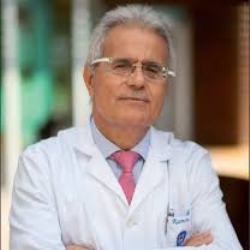 Prof. Ramon Cugat
Orthopedics and traumatology
Experience: more than 34 years
TOP specialist in orthopedics and traumatology. He is a personal surgeon of the athletes of the Spanish football team “Barcelona”. Dr. Cugat Ramon serves VIP-class patients only. He specializes in the treatment of arthritis, arthrosis, brustitis, synovitis, dislocations, ligament ruptures, meniscus damage, Hoff's disease and other pathologies of the musculoskeletal system. Cugat Ramon performs arthroplasty of the knee, shoulder and hip joints, and also participates in the treatment of fractures with stem cells. He holds a teaching position at the University of Barcelona Medical School. Doctor is a permanent trauma specialist at the Olympic Games. His work experience is over 34 years. Ramon Cugat is eligible for membership in the Spanish Knee Surgery Association, the North American Arthroscopy Association and the European Society of Sports Medicine. He is the founder of the Spanish Arthroscopy Association. Specialization of doctor: Orthopedics and traumatology. 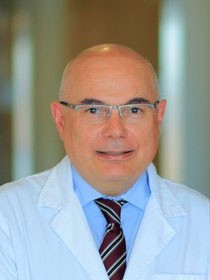 Prof. Josep Tabernero
Oncology
Experience: more than 30 years
Leading oncologist of Spain. He is the President of the European Society of Medical Oncology and the Director of the Gastrointestinal Cancer Department of the Quiron Barcelona Clinic. Josep Tabernero graduated from the Faculty of Medicine of the Autonomous University of Barcelona. He specializes in the treatment of gastrointestinal cancer and the development of drugs for the treatment of this disease. The doctor’s experience is more than 30 years. Josep Tabernero published about 250 articles in various international journals and conducted over 200 reports at international conferences. He is a member of the medical organizations such as: Specialization of doctor: Oncology. 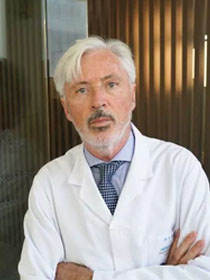 Prof. Antonio de Lacy Fortuny
Oncology
Experience: more than 39 years
One of the best abdominal surgeons in the world. He graduated from the Medical Faculty of the University of Barcelona. For about 40 years, the doctor has been engaged in surgical treatment of cancer of the digestive tract, bariatric and laparoscopic surgery. Antonio de Lacy Fortuny is a recognized expert in the field of transluminal surgery (operating the patient through natural openings on the body). He is the Head of the Department of General and Abdominal Surgery at the Hospital Quiron, as well as the President of the Barcelona International Medical Academy. In 2003, Dr. Fortuny received the title of professor of surgery, and also has the right to membership in many international and domestic medical organizations. He published more than 200 scientific articles, 22 chapters in national and international medical textbooks, and also developed ten programs on laparoscopic surgery and participated in more than 310 conferences of international level. Specialization of doctor: Oncology, surgery. 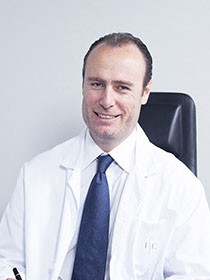 ​Spanish Quironsalud hospital Barcelona is located in only 4 kilometers from the city center, and 7 kilometers from the Balearic Sea. The distance from Barcelona-El Prat International Airport to the medical facility is 14.7 kilometers. You can get from here to the clinic by personal or public transport and a taxi. Travel time will take no more than an hour. Next to Quiron, there is the Plaza alfonso comin city park, Camp Municipal De Fútbol De L Aliga football field, Escola Lexia special education school, Di San Marco cafe, Telepizza pizzeria and Aparcament Parc Sanitari Pere Virgill 24 Horas Vigilado covered parking. 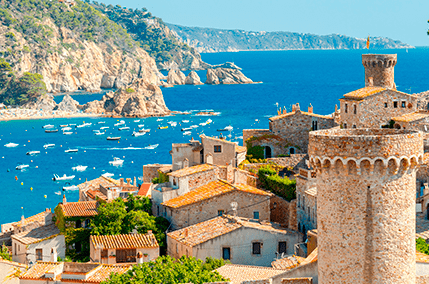