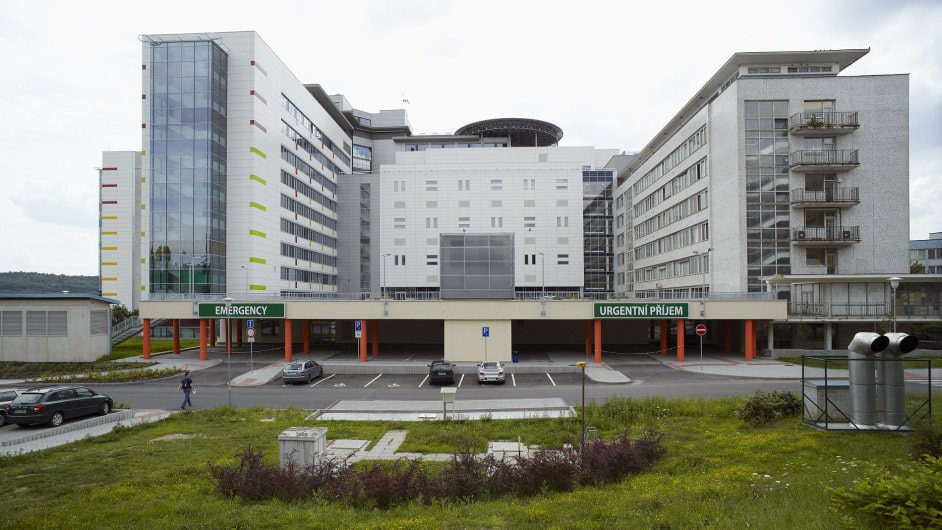 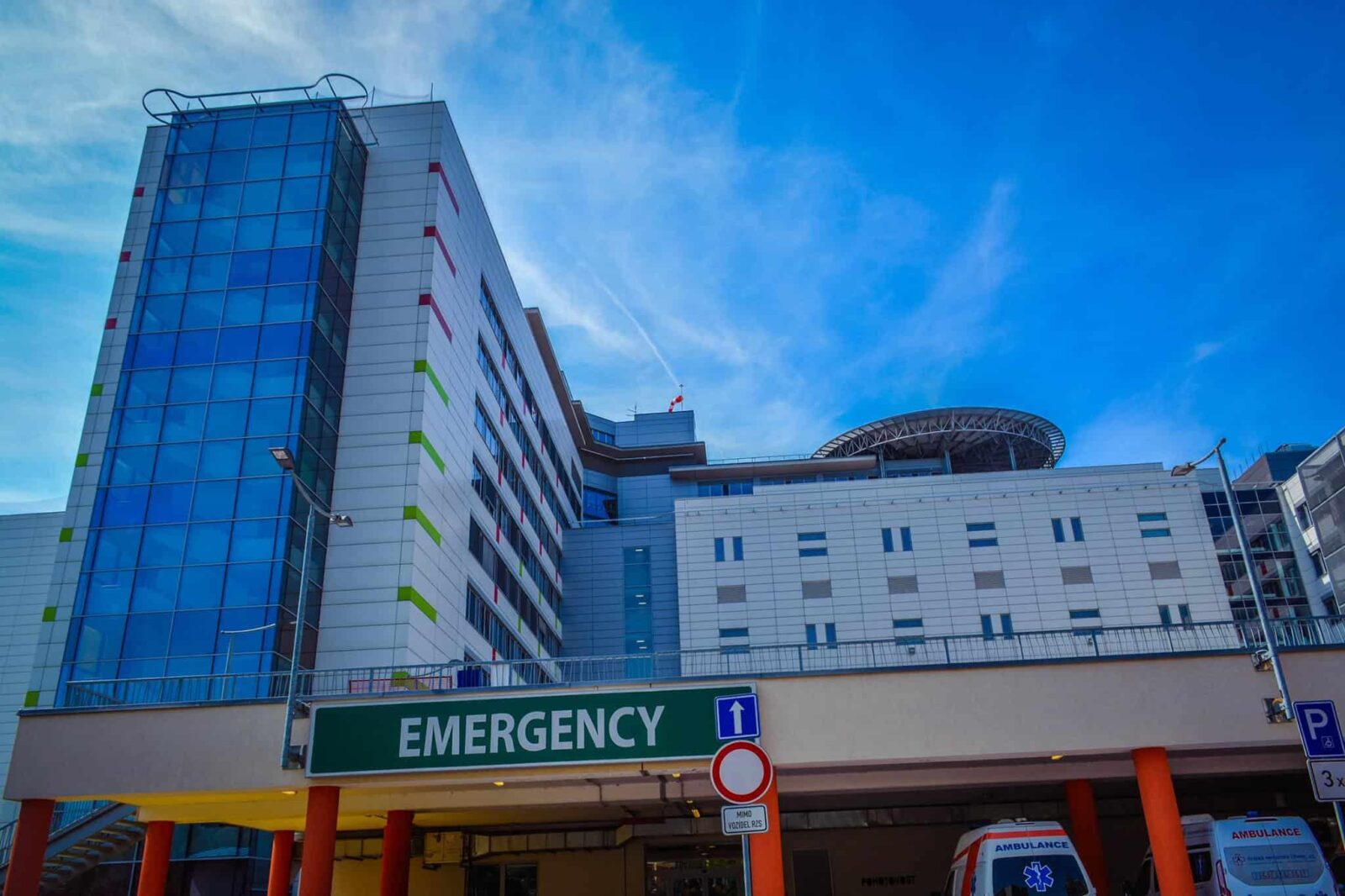 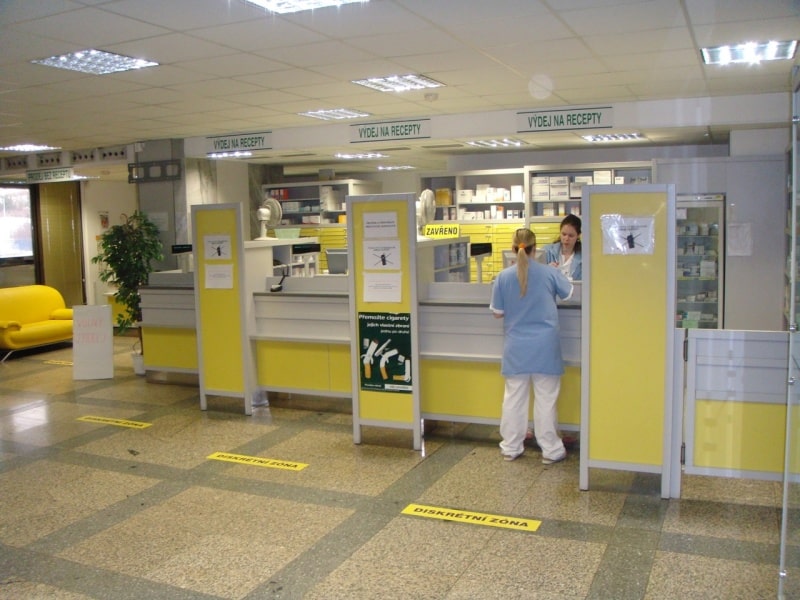 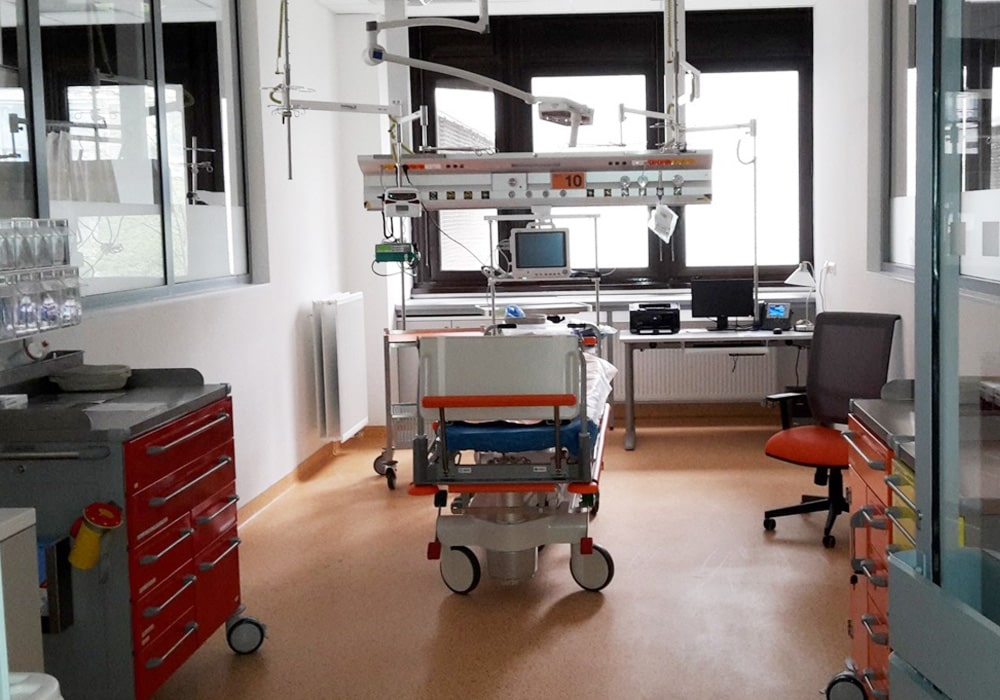 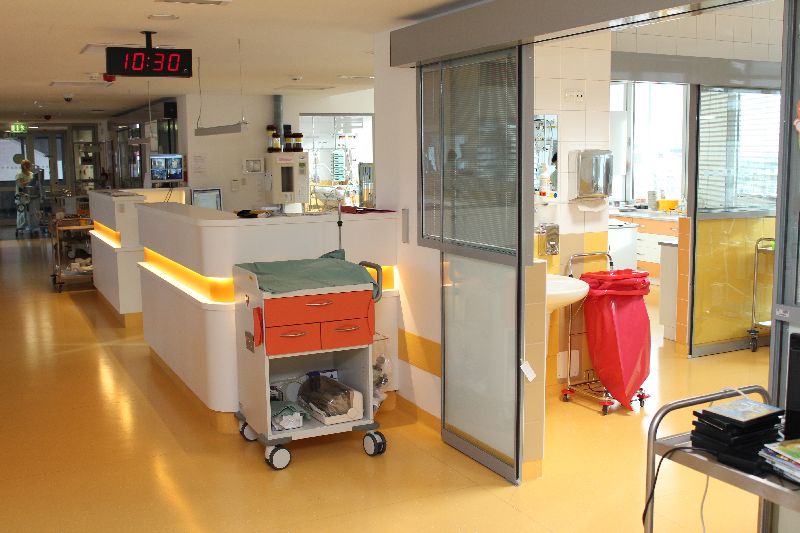 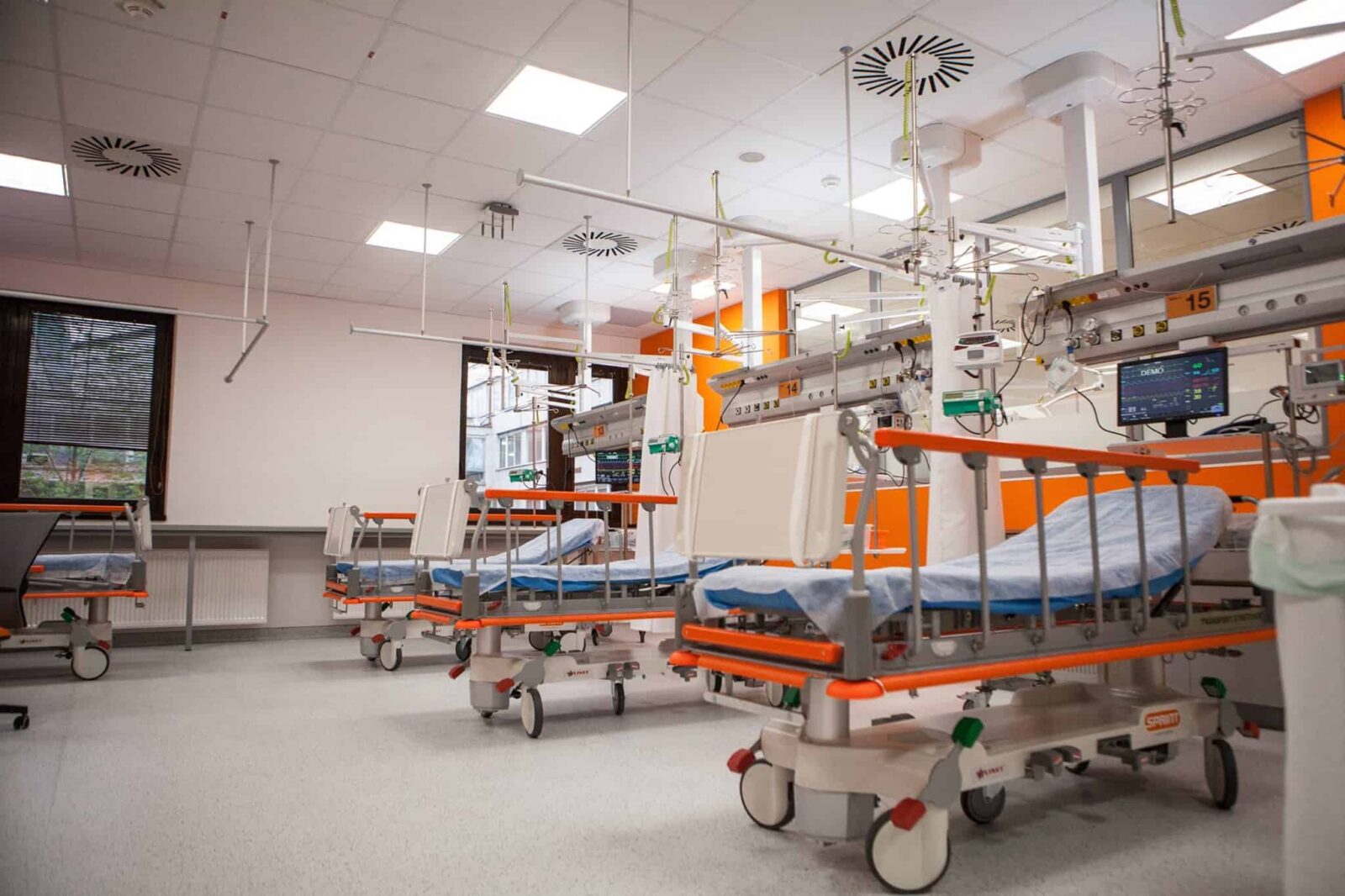 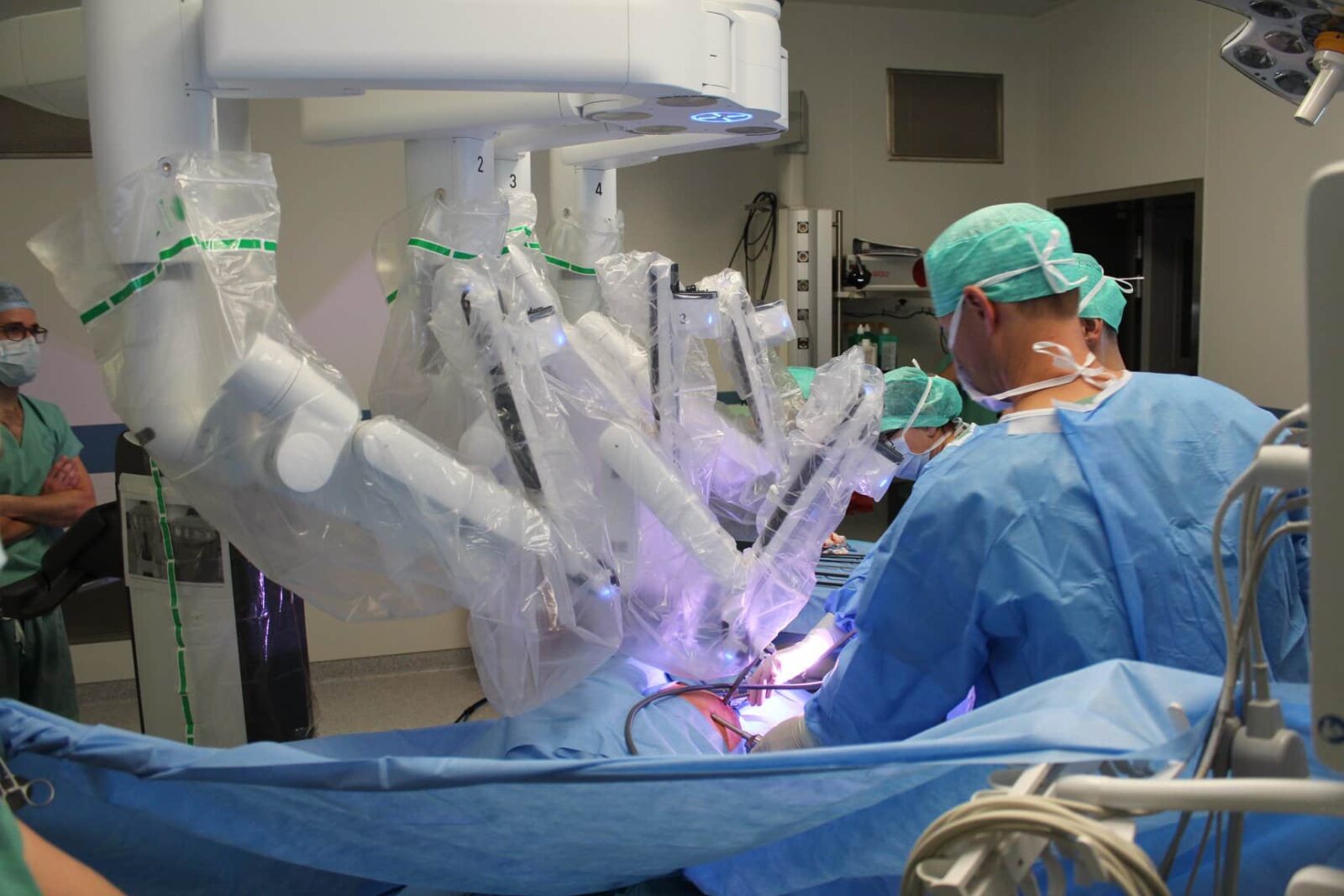 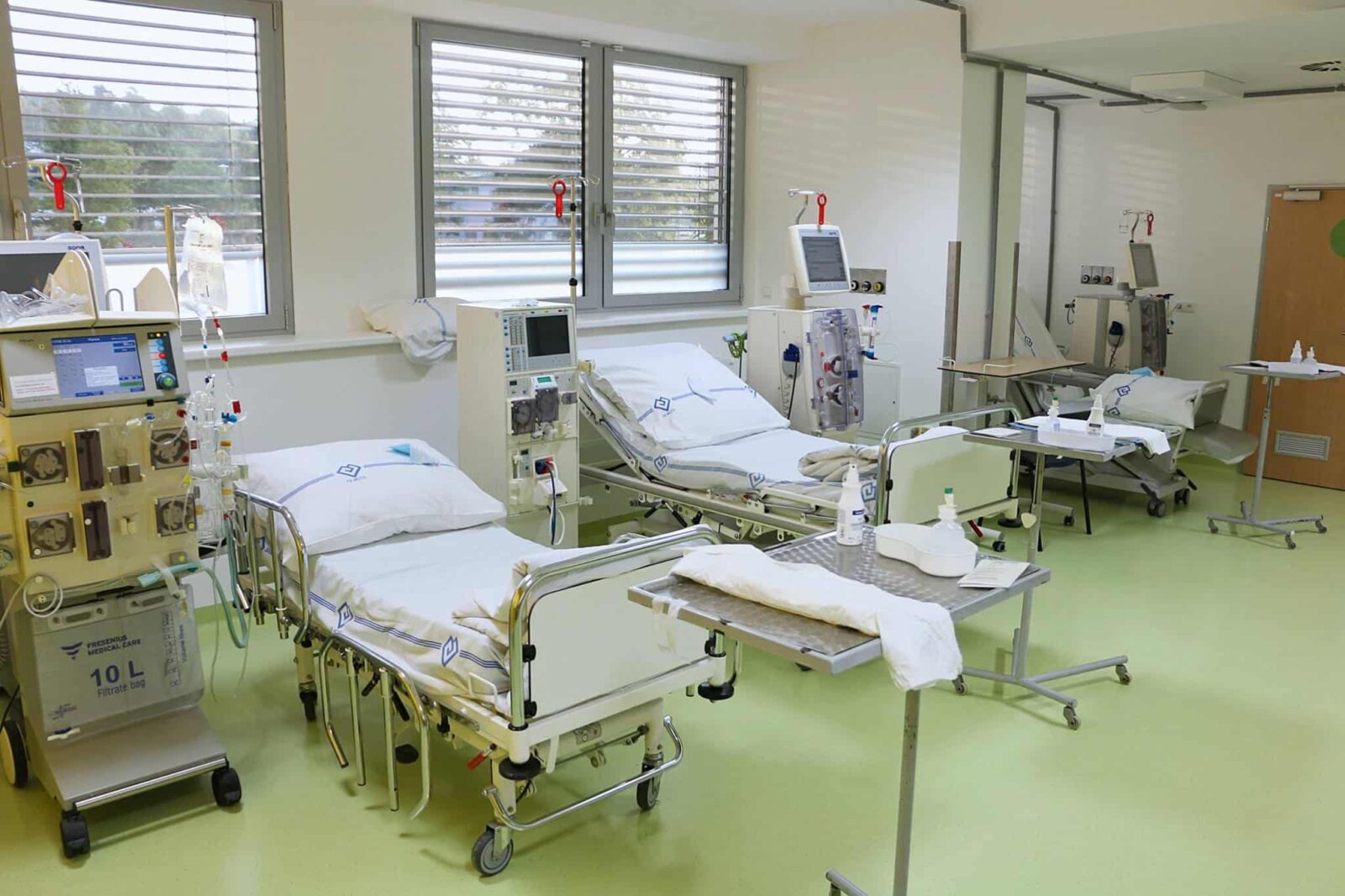 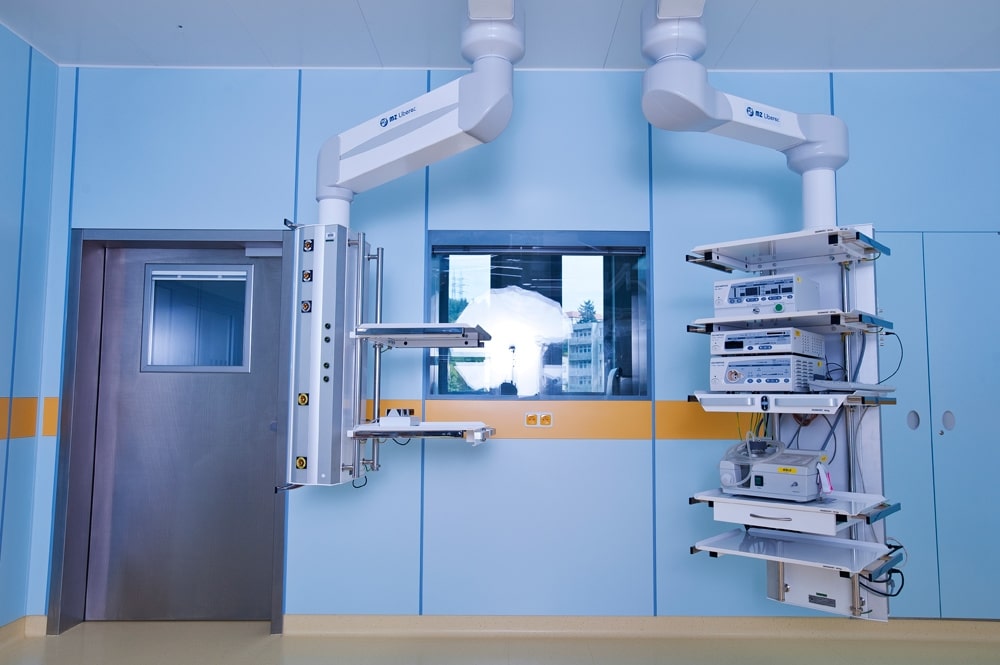 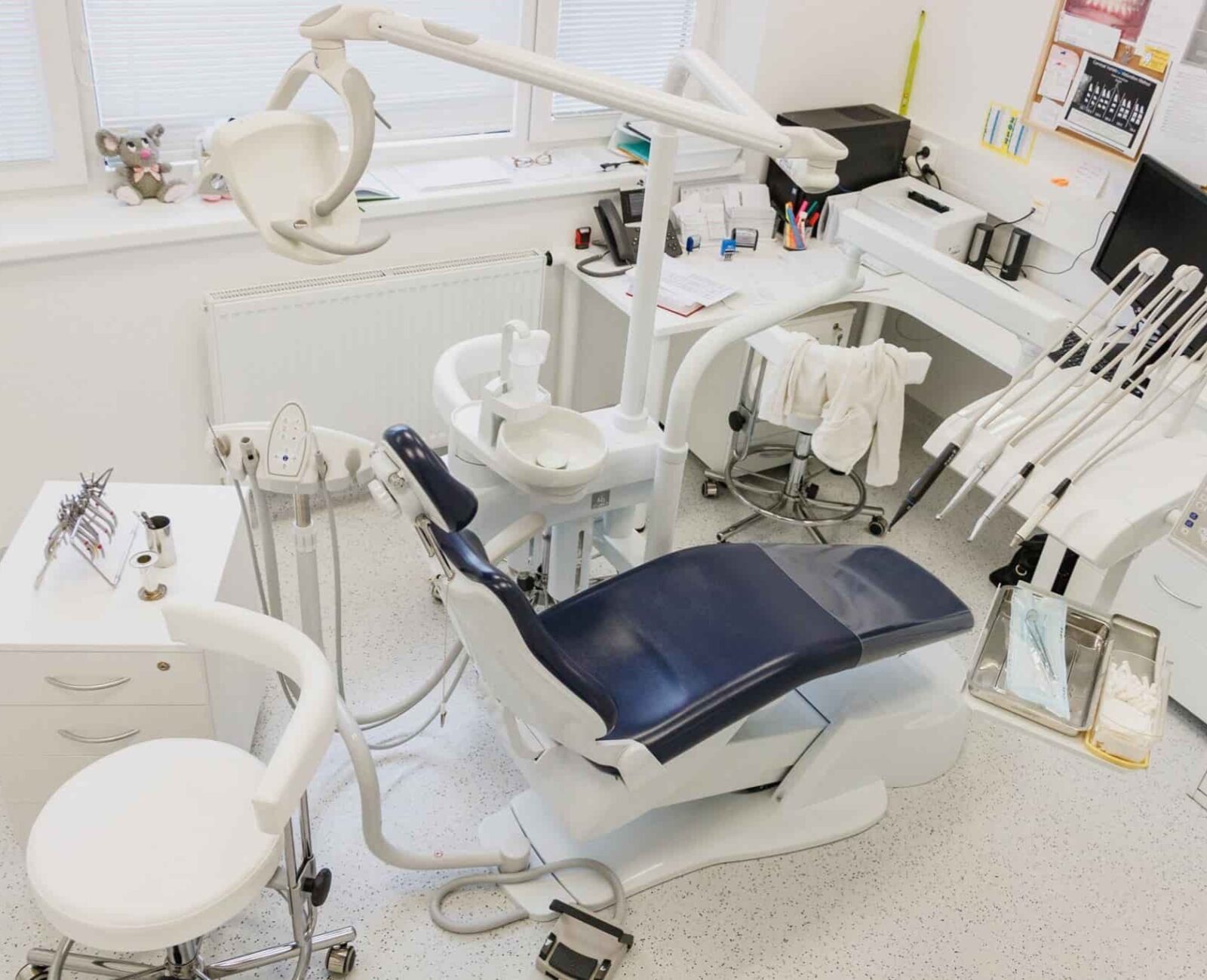 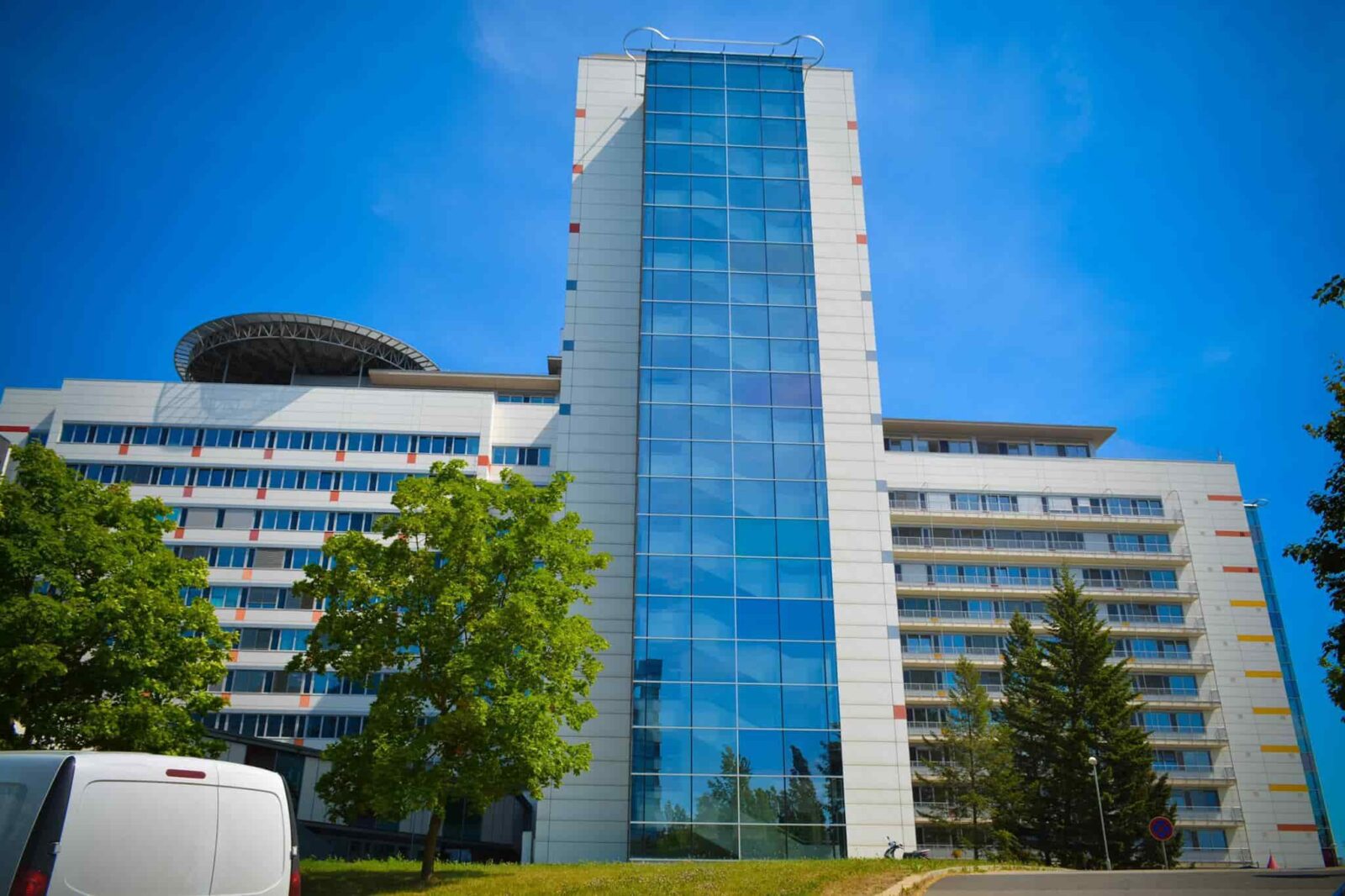 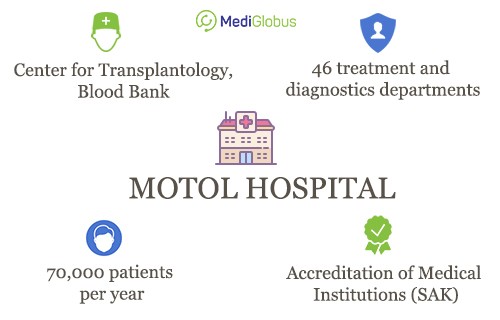 Motol University Hospital in Prague is the leading multidisciplinary clinic of the Czech Republic, in which more than 860,000 outpatients and more than 70,000 inpatients from around the world are annually treated. About 98% of patients get effective treatment here and quickly return to the usual rhythm of life.

Motol Hospital is certified by the Czech Commission for the Accreditation of Medical Institutions (SAK). This means that the hospital establishes accurate diagnoses, carries out successful operations, uses the new generation technology and fully meets the patients requirements for the quality and fulfillment of medical services. Motol Hospital is designed for 2 410 patients. More than 5,000 employees are engaged in the treatment of patients, who constantly improve their work skills and follow the world trends in medicine.

Motol Clinic has an advantage over other Czech clinics due to its university status. Patients are provided with innovative drugs, the latest developments and improved means of therapy in the clinic.

DEPARTMENTS OF THE MOTOL HOSPITAL

Center for Children with Disabilities;

The Children's Heart Center of the Motol University Hospital in Czech Republic is popular in Europe. Annually about 500 operations for the correction of congenital heart diseases in children and about 250 medical catheterizations are performed in the center.

The main field of its activity is the diagnosis and treatment of congenital and acquired diseases of the cardiovascular system, disorders of the heart rhythm and heart failure.

Children and teenagers from 0 to 18 years old come for treatment to the cardiocenter. In some cases, the center assists adults (who need highly qualified treatment for congenital heart disease).

The Children's Cardiology Center is the guarantor of postgraduate training in pediatric cardiology in the Czech and takes part in teaching students in the specialty "pediatrics" at the 2nd medical faculty of the Charles University Prague.

The results of scientific research of the center's staff are published annually in prestigious scientific and medical journals. Experts cardiologists and cardiosurgeons of the Motol hospital are the most popular in the country. Children's Cardiology Center Motol consists of: 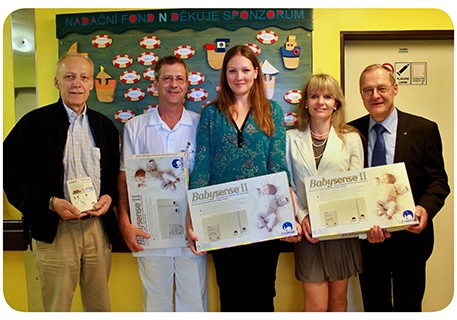 Department of functional diagnostics (laboratory of echocardiography, catheterization and electrophysiology);

Center of Obstetrics and Gynecology at the Motol Clinic Prague

April 30, 2016 at the University Hospital Motol for the first time in the Czech Republic successfully transplanted the uterus, which became the 14th case of transplantation of this organ in the world. 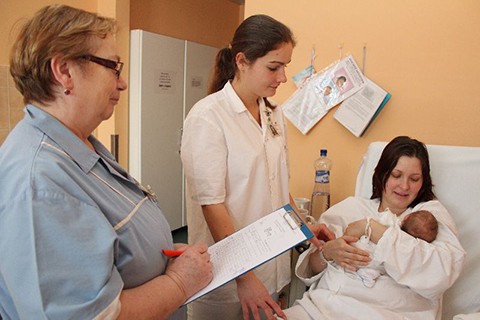 Women are seeking help for artificial insemination in the Reproductive Medicine Center which is functioning since 1995.They use advanced methods of IVF, which allow patients to quickly become pregnant and deliver a healthy baby

Since 2015, the hospital staff are working on research of infertility treatment in women with the help of uterine transplantation. The project works alongside IKEM (Institute of Clinical and Experimental Medicine) and was recognized by the Ministry of Health in 2015.

In 2016, there were born 3 602 children. It is worth noting that the specialists of the Motol clinic successfully nurse even premature newborns weighing up to 1000 grams and do it best in the Czech Republic.

In 2016, the hospital carried out 487 operations (of which - 3 heart transplants) and 333 catheterizations. Over the past year, 4190 outpatients and 826 inpatients from all over the world turned to the center.

The Unit of Female Oncology of the University Hospital Motol is certified by the European Cancer Center (ESGO and EBCOG accreditation) and recognized by the Regional Cancer Center in the field of gynecology.

To increase women's chances of long-awaited pregnancy at the Motol hospital, they turn to additional reproductive technologies:

ICSI is the direct introduction of a sperm into the egg by means of special micromanipulators and a microscope. For ICSI, the embryologist tries to select the fastest and morphologically normal spermatozoa. Used for male factor infertility.

IMSI - performed within the framework of ICSI. The IMSI procedure allows you to select the best sperm at a magnification of 6600 times, while the above ICSI technology involves sperm selection at a magnification of 400 times. IMSI allows to determine the smallest details of changes in the morphology of spermatozoa. This makes it possible to avoid the pathological development of the future embryo and increases the woman's chances of a healthy pregnancy.

PICSI - this method allows you to select the best sperm for ICSI in the Czech Republic, taking into account its biochemical maturity, based on the molecular criteria. PICSI allows to avoid embryos with damaged DNA and chromosomal abnormalities, which increases the probability of successful implantation and reduces the chances of abortion.

Cryopreservation (vitrification) in the Motol hospital is the freezing of good quality embryos. It makes it possible to store unused cells for re-implantation. Applies in case of failure of the first attempt of IVF. After warming, they practically do not differ from embryos to vitrification. They are also successfully implanted and developed. All embryos undergo warming during auxiliary hatching. During this procedure, its shell is dissected by a laser beam at the safest angle to facilitate the release of the embryo from the envelope and increase the chances of successful implantation.

TREATMENT OF TUMORS OF THE BRAIN, SPINAL CORD AND DISEASES OF THE NERVOUS SYSTEM

Surgery of tumors of the spinal cord and brain;

Treatment of congenital and acquired anomalies of children's neurotraumatology;

Close cooperation with the Clinic of Pediatric Neurology allows leading doctors in Prague to use the most modern diagnostic and navigation methods, one of which is awake craniotomy under local anesthesia. This procedure assumes the presence of the patient in consciousness during surgery of the malignant neoplasm of the brain. 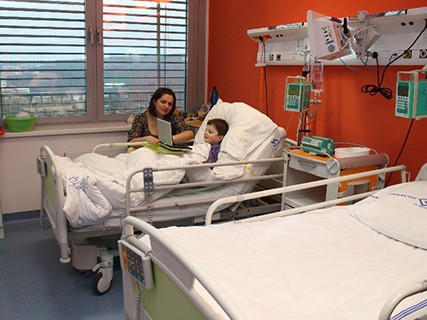 It allows to continuously check the function of the brain, since the neurosurgeon tests the zones before removing the tumor. Awake craniotomy minimizes the risks of surgical intervention and conducts tumor removal more successfully.

The children's department of Motol, for the cure of epilepsy use the stimulation of the vagus nerve. It is the most important cranial-cerebral nerve, and its stimulation leads to suppression in the brain of a chaotic abnormal electrical activity that begins with an epileptic attack. It also releases special chemicals in the brain that can quickly suppress the epileptic attack.

Surgery of malignant and benign formations of the brain and spinal cord;

Treatment of diseases of the cerebral vasculature;

Therapy of inflammatory diseases of the brain and spinal cord;

Treatment of congenital and acquired defects;

Treatment of degenerative diseases of the spine (the focus in the Motol Clinic is paid to minimally invasive procedures: from simple prolapse operations, solved by dynamic stabilization up to fusions);

Neuronavigation is used in almost all neurosurgical procedures

The Center of Robotic Surgery in Motol Hospital 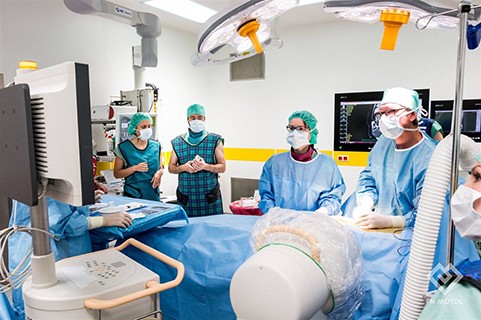 The Motol University Hospital opened the Center of Robotic Surgery in April 2018. Such operations have been carried out since 2005 in the Czech Republic. In total, there are nine centers of robotic surgery in Czech Republic, two of those are located in Prague. The Center of Robotic Surgery Motol is the newest and one of the most modern in terms of equipment and technologies.

The latest generation equipment is installed here, in particular the latest version of Da Vinci's Robot system. Da Vinci SP provides maximum access (up to 24 cm, with a 360 ° rotation angle) through one small incision.

Today this device is used for carrying out organ sparing operations for patients with prostate cancer - WITHOUT large scars, pain, and complications of surgical intervention in the form of various dysfunctions.

At the same time, the prices for robotic surgeries in the Czech Republic, especially in the Center for Robotic Surgery at Motol, remain fairly reasonable with a huge difference comparing to Germany and Israel.

THE COST OF TREATMENT at Motol Hospital

The price of medical procedures provided by Motol University Hospital depends on the methods used to diagnose and treat a particular disease, as well as the qualifications of the doctor who leads the patient. At the same time, the cost of services of this medical center is 50-60% lower than in similar hospitals in Austria or Germany. According to European standards, the price of treatment in Motol is below average. The approximate cost of medical procedures in a unique clinic is:

My aunt had been suffering from a urinary bladder issue which was found out to be a beginning of a cancerous process. In the alarming situation we rushed to Motol Hospital where she was operated with the latest surgical robot Da Vinci. Reco... Read morevery was smooth and we were left thankful to the clinic for their quick support. Close
Czech, Prague, April 18, 2019
Certificates: 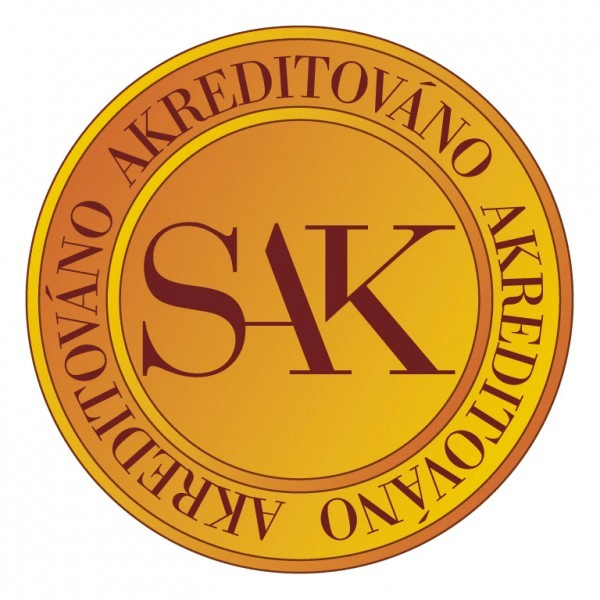 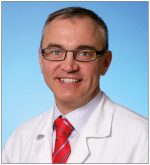 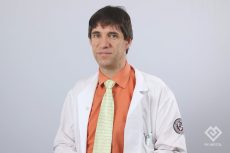 Dr. Pavel Kršek
Neurology
Experience: more than 20 years
Dr. Pavel Kršek is the chief specialist at the Intensive Monitoring Department of Patients with Epilepsy (JIM) of the Clinic for Pediatric Neurology of Charles University, the 2nd Medical Faculty and Faculty of the Motol Hospital in Prague. In November of last year, he successfully defended his Ph.D. thesis "Diagnosis and Surgical Treatment of Pharmacore rectilial Epilepsy in the Focal Disease of Cortical Dysplasia" in November last year, and in late January he agreed with his universities on issues of habilitation and VR. Specialization of the doctor: epilepsy. 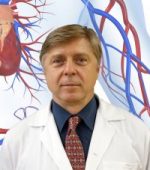 Motol University Hospital is located in picturesque Prague. The road from Ruzyne International Airport will take no more than 20 minutes. You can get to the hospital on your own - right in front of the clinic is the final station of one of the metro lines. With the same metro line, in just 10 minutes drive you can reach the very heart of Prague and visit all the sights of the city. 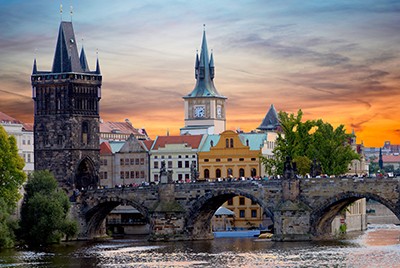